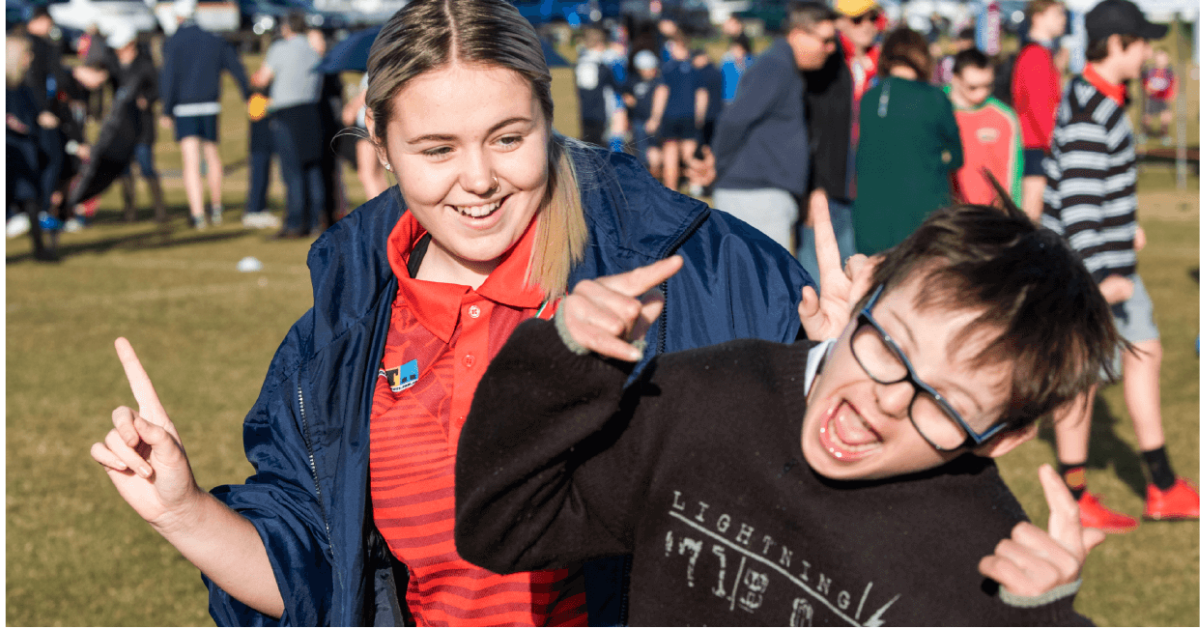 GingerCloud Foundation has announced that the MRP 2022 season will include one-hour training sessions and Saturday morning games. The games will be held in seven rugby union club venues:

MRP training will commence the week of 18 April 2022. Training schedules per club are as follows:

The first MRP Game Day is slated for Saturday 30 April. Interested families are encouraged to register for the MRP Season 2022 by visiting this GingerCloud MRP page and Rugby Australia page or email GCSupport@gingercloud.org to learn more about the program.

Supporting inclusion of children who learn and perceive differently

The Modified Rugby Program (MRP) is the world’s first touch-only format of rugby union that is designed for young people with learning and perceptual disabilities. MRP allows families with disabilities to participate in a team sport that would otherwise not be accessible to them.

In 2013, GingerCloud Foundation’s co-founders Megan and Anthony Elliott, whose son Max has Autism and language disability, worked with Brothers Rugby Union Club president Ross McLennan to create a simplified version of rugby union so that kids with disabilities could also participate in the sport.

In 2014, MRP was launched at Brothers Junior Rugby Club and has since been rolled out in  Brisbane, Redlands, Toowoomba and Townsville, growing into a community of more than 300 participants, 32 teams in 13 clubs across Queensland and the ACT. In 2016, the Modified Rugby Program was endorsed by Rugby Australia as a new division of Rugby in the country.

Key to the success of the program is the Allied Health Framework which, through the help of allied professionals, profiles and matches the young player with a disability with the PlayerMentor who could best provide the support and encouragement on and off-field. These PlayerMentors undergo online leadership training through GingerCloud’s Leadership Program.

Read: Eagle Street Pier is Back in Business!

MRP is separated into four divisions: MRP Junior (7-14 years old), MRP Colts (14-25 years old), MRP 7’s (Intermediate skill MRP Players) and MRP 7’s+ (Advanced skill MRP Players). Upon joining the program, the new player is automatically assigned to a Junior or Colts (depending on their age) and will be individually matched with a PlayerMentor. They will then be assessed to determine which division would be most appropriate for them.
Click here to learn more about GingerCloud Foundation and their programs supporting young people with Autism learning and perceptual disabilities.