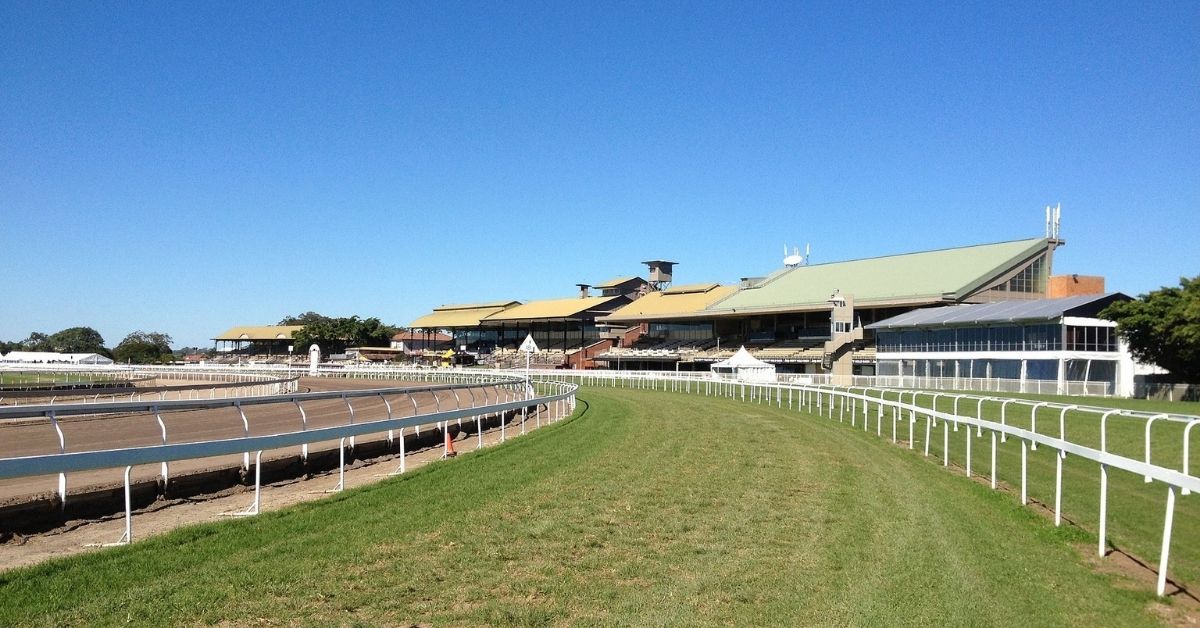 For more than 150 years, the Eagle Farm Racecourse has been highly regarded as one of Queensland’s best racecourses. Did you know that it was once called Camp Ascot, the first military camp established by US Army troops in Australia during the Second World War?

Queenslanders enjoyed horse racing before the 1850s in Moreton Bay and New Farm.

Following the closure of the New Farm racecourse in the 1860s, a new site with a grandstand that could seat 350 people was planned in Ascot. The opening of the Ascot Railway Station a few years later brought more race-goers to the racecourse.

Established in 1863, the site then known as Ascot Racecourse or Brisbane Racecourse did not just host horse racing activities but also social and business events.

Upon the opening of the Eagle Farm Racecourse, the Queensland Turf Club (QTC) assumed leadership and created the Brisbane Racecourse Act in the 1870s. QTC also sought to offer the facilities for other purposes to fund its maintenance and operation. Thus, cricket and polo matches, as well as various club events and meetings, were also hosted on the racecourse.

Between the 1880s to the 1930s, the Eagle Farm Racecourse saw a lot of expansions and improvements to address the congestion as railway facilities were updated with more stations in the northside amidst the boom in the racing industry.

Before World War II, the racecourse had an overhead pedestrian bridge, a new Members’ Stand, a lavatory block, and an extension to the St Leger Stand.

On the 22nd of December in 1941, the ‘Pensacola’ Convoy reached Brisbane’s Brett’s Wharf at Hamilton. The first US Army troops marched up Racecourse Road and there they established tented sites, Camp Ascot and Camp Doomben, at the racecourses.

During the war, the only racecourse to operate as intended was the Albion Race Track.

As an important sporting and recreation facility in Brisbane, Queenslanders did not allow the Americans to alter the buildings or damage the three concentric racetracks. Inspite of that, the Americans still received personal items, such as writing paper, library books and magazines from the Australian Comforts Fund.

The US Engineer Regiment described the camp as a “big fancy racetrack” in spite of its meagre facilities. The troops had to chop wood every day to supply the kitchen’s fireplace. The kitchen itself only had a makeshift tin shack with coal stoves, an open hearth with primitive utensils. The men slept on the wooden floors of their tents and bathed in the open-air showers.

Colonel Harold Doud’s Special Intelligence Service (SIS)  relocated into Camp Ascot, which was packed with U.S. Army Bell Tents. They placed a temporary movie theatre in the main grandstand and added two warehouses including a Mess Hall with a reading room in the member’s car park. They placed prefabricated, de-mountable huts around the camp but outside the fenced racing circle.

By August 1945, the SIS vacated Camp Ascot and moved to San Miguel in the Philippines.

In May 1946, the Victory Cup Meeting marked the return of racing to the Eagle Farm Racecourse.

Additional features like a camera tower, the Judge’s Box, the John Power Stand, and the Race Day Stalls were added to the site between the 1950s to the 1980s.

The  Eagle Farm Racecourse was listed on the Queensland Heritage Register in 2004 as a combined entry with the Ascot Railway Station. The Brisbane Racing Club (BRC) now manages the racecourse after a merger with the QTC.

The BRC upgraded the racetracks and associated facilities following a $1.2 billion development project. The BRC also introduce non-racing developments with the continued operation for the racing facilities.

A new access road and a residential tower, as well as a boutique hotel, were completed in 2018. The racecourse could also accommodate over 1,600 cars in its refurbished carpark during major race days.

Meanwhile, the Ascot Railway Station was electrified in 1988. Passenger service lines have been limited to Doomben in 1998, where there are newer bus connections.