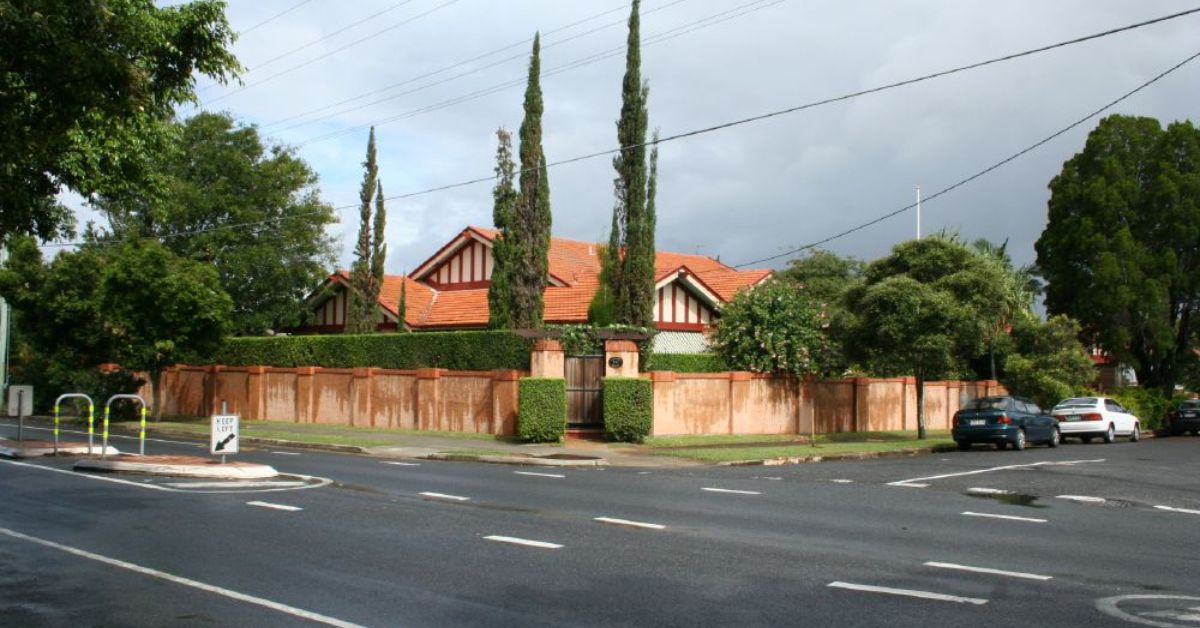 Did you know that Musket Villa, a heritage house in Ascot, was named after a Derby-winning horse?

Musket Villa, along Lancaster Rd in Ascot, was built for horse trainer and rider William “Billy” Booth in 1923. He named his house after Musket, the horse he trained and rode to win the Queensland Turf Club Derby in 1900.

The single-storey, stucco interwar bungalow has been recognised as a heritage house for its architectural significance as it was designed by Brisbane’s prominent architects, Thomas Ramsay Hall, and George Gray Prentice.

The house is also cited for its social significance. Musket Villa had purpose-built stables and training establishment, aside from being Mr Booth’s residence. The property is well known to the Brisbane racing community.

Who was Billy Booth?

Billy Booth began as an apprentice to horse trainer John Stone in 1885 and worked with some prize-winning horses, such as Grey Gown and Dundonald, to take on the Brisbane Cup and the Moreton Handicap.

By 1893, Mr Booth had opened his own training stables and had over 21 horses in his ward. Some of these horses succeeded in the Stradbroke Handicap and won ribbons at the Brisbane Show.

In 1899, Mr Booth, riding Musket, went on to win the Queensland Derby the following year. However, shortly after their success, Mr Booth met Lucy Adelaide and decided to retire from riding. He sold the horse in 1901 but continued to work as a horse trainer.

In 1922, the Booths decided to buy land in Ascot, at the location where their villa remains standing until today. Mr Booth wanted his property to include up-to-date horse stables that will provide comfort for his workers and equine charges. The property was quite well-designed and was featured on the pages of the publication “Harking Back – the Turf, Its Men and Memories” from James L. Collins.

The publication described Musket Villa as a “red-tiled home with its beautiful gardens and lawns [and] every modern appointment and equipment.” Mr Collins also credits Lucy for her taste in furnishing their residence.

After Mr Booth’s death in 1927, Musket Villa was leased by horse trainer WJ Shean until 1941. Lucy Booth was still a resident of the villa when it was converted into four flats. When she passed away, the property was left to her son, Norman Booth, who lived there until his death in 1955.

With the Booths gone, the house was turned into Lancaster Gables, a lowkey Bed and Breakfast. The garage at the back was demolished to accommodate more dwellings.

Most of the villa’s original features have been retained throughout the residence, including its ebonised timber detailing, timber panelling in the entry, leadlight doors, and built-in leadlight display cabinets in the living and dining rooms. However, new fittings were installed in the bathrooms and kitchens, and many of the rooms have air conditioning.

To many people, Lancaster Gables will always be called Musket Villa, as Billy Booth originally intended, a prized home named after a prized horse by a man who took pride in Ascot’s rich equine historical connection.