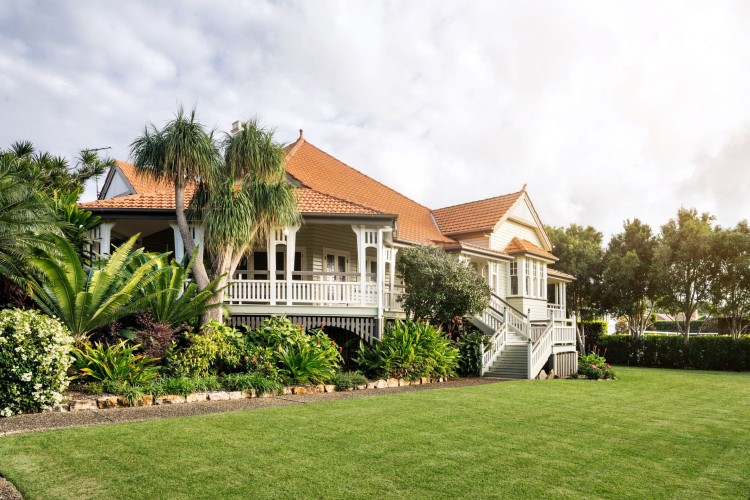 For the first time in 46 years, the prestigious Ascot mansion also known as “Brisbane’s very own White House” went on the market and was promptly snapped up soon after.

The property at 32 Sutherland Avenue was owned by Brian White, joint chairman and patriarch of Ray White Group, the largest real estate group in Australasia.The auction for the 3,035-sqm property was scheduled for 17 July 2021, but the property sold a week prior to the auction. Following a bidding war among four buyers, only two buyers – one from Sydney and one from Asia – ended up in a multiple offer situation. In the end, a family from Sydney won the bid.

“The home is perfectly designed for Queensland family living. There’s (sic) great outdoor spaces which give full flexibility to energetic activities including a cricket practice pitch, all with great privacy,” Mr White said in a news release.

In addition to a cricket pitch, the 1930s Queenslander features a championship-size tennis court, swimming pool, and lush gardens.

Mr White and his wife, Rosemary, have owned the property since 1975. Although they already moved to Sydney in the ‘90s and own a few more properties in Australia, the Ascot home is dear to them because it was their first family home. This is where they raised their three sons.

“We had been thinking about selling in Ascot for the past 12 months and we listened to the advice of Matt and Dwight about why now was the best time to sell on the property clock. Their extensive marketing attracted inquiry from all over Australia with interest from Sydney and Perth and even Asia,” Mr White said.