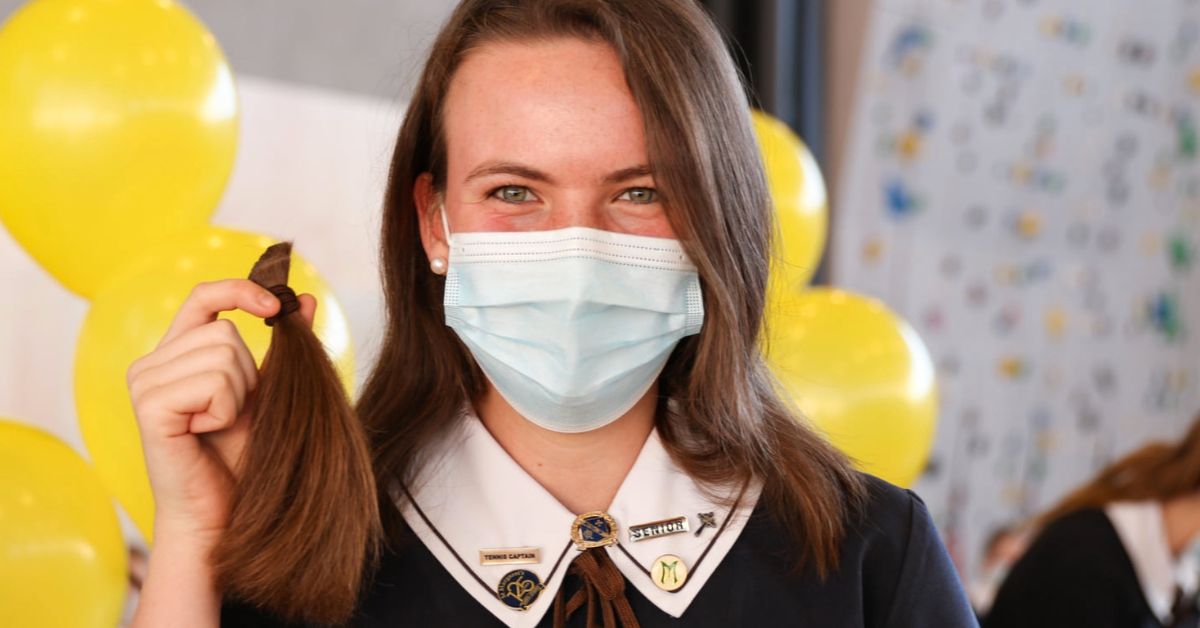 Did you know that the Ponytail Project, an annual fundraising initiative from Cancer Council Queensland, started at St Margaret’s Anglican Girls School in Ascot? This year’s campaign has students rocking the chop yet again, aiming to attract over 30,000 ponytails and $850,000 in donations.

Read: Get to Know Windermere and the People Who Once Lived in this Ascot Heritage Home

The movement was inspired by a parent from the St Margaret’s Anglican Girls School community who was battling breast cancer. Four students, Beth Flint, Meg Fraser, Maria Cobain, and Annabelle Crossley, first stepped up and the Ponytail Project was born.

Every year since then, the girls at St Margaret’s would mount the campaign. In 2018, Cancer Council Queensland helped in launching the initiative throughout the region. The following year, the movement spread to South Australia and Western Australia.

Since the campaign started in 2015, the Ponytail Project has raised more than $1.655 million.

What Happens to the Ponytails?

Donated ponytails are turned into wigs that will go to people suffering from hair loss as a result of their cancer treatments or medical condition. The hair donations are sorted and graded by hair type, length and colour at participating Sustainable Salons depots. It takes about 20 to 25 ponytails of the same type and quality to create one wig.

After sorting, the ponytails are then sent to charitable organisations and wigmakers who directly work with groups, hospitals, and local institutions. Other ponytail donations may go into research projects to create sustainable wigs.

The event also matches monetary donations to fund the projects of Cancer Council Queensland. The council cites October as the official month for the campaign but it can be done at whatever time is convenient for the students.

Students may assemble in groups or as an individual and then create their own campaign via the council’s online facilities for sharing on social media or tracking the progress of the fundraiser.

Cancer Council Queensland CEO Chris McMillan said that they witnessed more students participating in the Ponytail Project year after year. He encourages more kids to make a difference in other people’s lives by joining the cause and spreading the word.